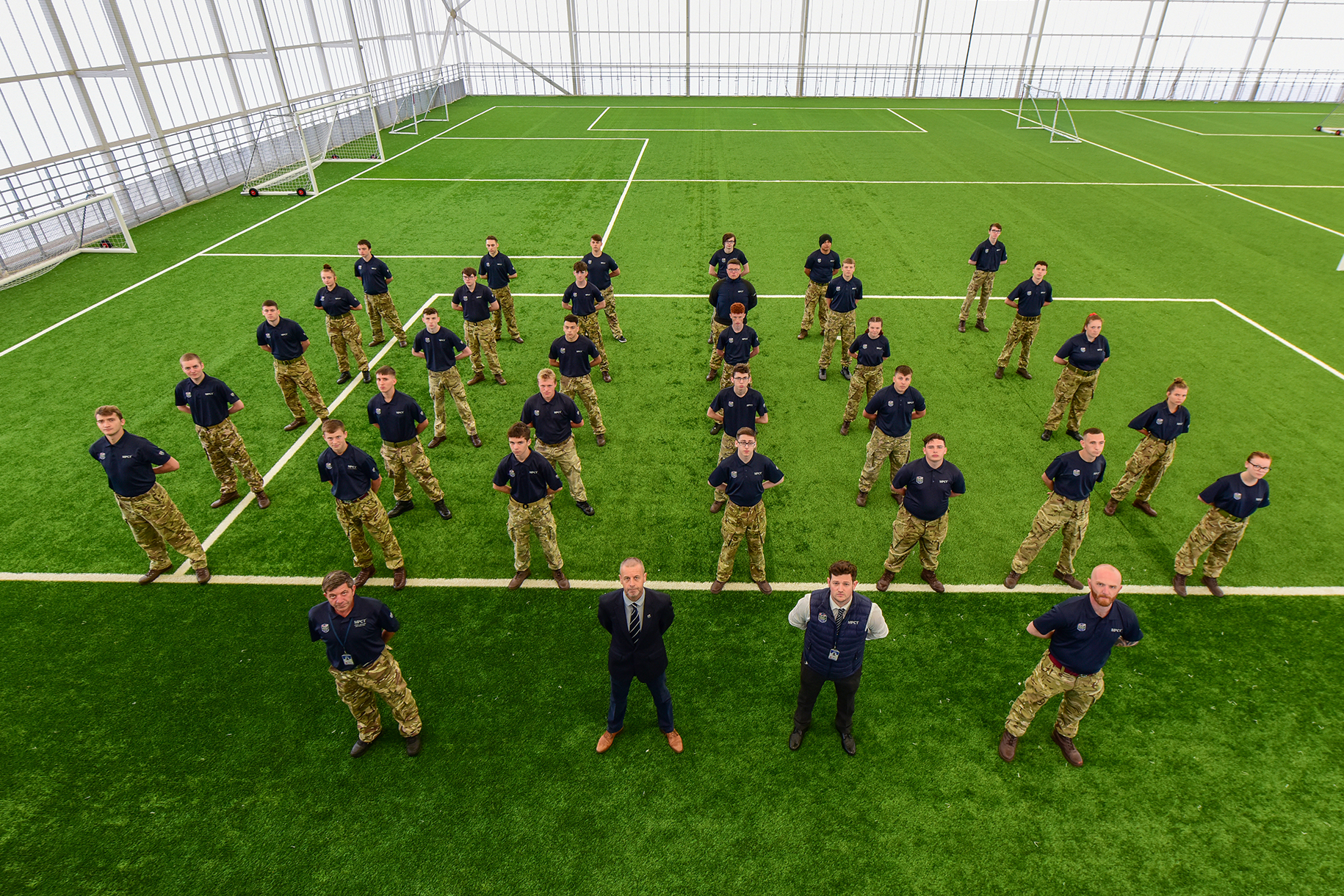 An increase in the number of Learners has led MPCT South Shields on a march to a bigger venue.

The Military Preparation College at South Shields – one of 35 across the UK – has moved from its base within South Tyneside College to Sunderland’s Beacon of Light, at Stadium Way, Monkwearmouth.

And staff say the move to the £19m sports, community and education centre will not only expand its facilities but also help it meet rising demand for places.

The college, which is one of four in the North East, supports 16 to 19-year-olds, of all abilities and from all backgrounds, into a wide range of careers, both within the military and in civilian life.

These include academic, functional and health and fitness courses along with training in physical fitness, public speaking and communication.

And they are unique in that all their instructors are ex-British Armed Forces personnel, who use their military backgrounds to help learners set and reach the targets that will progress them to their chosen careers.

“The North East has a long and very proud tradition of Armed Service and that is still the case,” he said.

“As public awareness of the vast number of careers available within the military has grown, we have seen a significant increase in enquiries from young people.

“And not only will the Beacon of Light enable us to increase our intake to 75 recruits, but with that extra space come fantastic facilities, shared values and a very strong community network,” he added.

“which was a great base for us and a very successful launch pad for where we are now.”

Since our launch in 1999 we have prepared more than 4000 young people for a military career and helped at least a further 12,000 into other areas of employment and training.