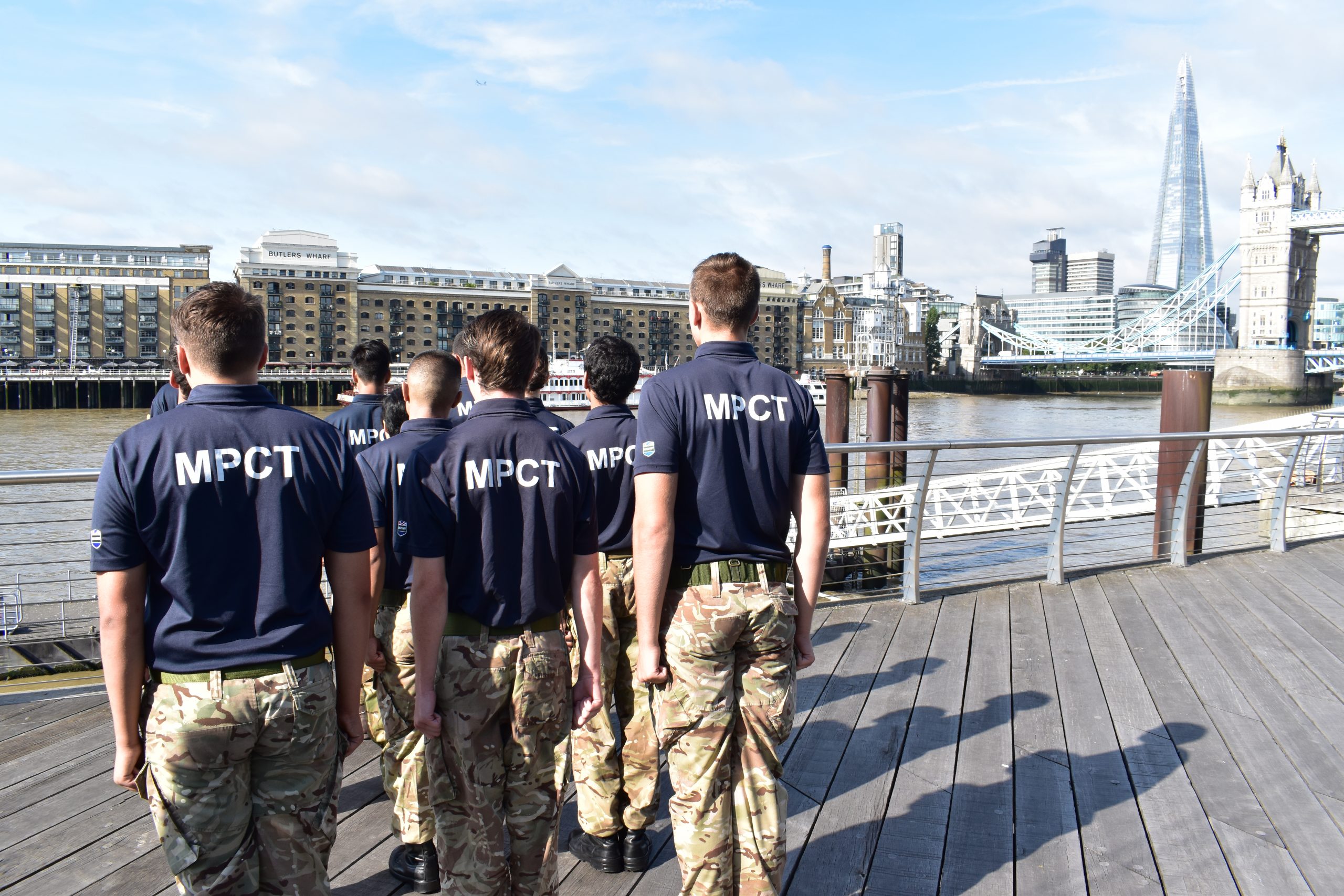 The sun was shining down on the River Thames as Learners practised their drills ready for the guests of our Launch Event of our two new colleges in Clapham and Edgware. Military Preparation Croydon supported the two new colleges throughout the day, and there was a real team ethos present, demonstrating that the colleges function well as a London unit.

The speakers at the events were absolutely outstanding, from our presenters from MPC Edgware; Learner Sheils and Learner Woodward, who have only been at the colleges for 5 weeks, to the 6 Learners who gave their Icebreakers with courage and gumption.

Learner Church from MPC Clapham confidently spoke about his goal to be a Royal Marine, and stated how it gave him ‘goosebumps’ at the thought of earning that achievement. Learner Mistry (MPC Edgware) then followed, discussing his challenging journey with MPCT so far and how he has already lost 2 stone in 5 weeks and his desire to become a dog handler. Learner Noakes with her fantastic smile then confidently spoke about her goal to join the Infantry, to show others that “women can do it too”, was then followed by Learner Norris (MPC Clapham) who spoke about his aim to join the Military Police in his perfect combination of the military and police work. Learner Mehemt (MPC Clapham) showed incredible courage in his Icebreaker which follow, discussing his dream to join the RAF Regiment and showed vast knowledge on the history of the regiment. Finally, Learner Ambassador Mchale (MPC Clapham) took to the spotlight and bravely spoke about his equally challenging journey so far, his aspirations to join the Irish Guards and his astonishing 3 stone weight loss since his journey started with MPCT.

The backdrop to the excellent displays set off the day perfectly, as Log Demonstrations, PT displays and drills were performed with Tower Bridge behind, it framed the scene and gave the Learners the platform they fully deserved to show how far they’ve come.

Feedback from guests was superbly positive. Lieutenant Colonel Sulle Alhaji was very impressed with the Learners and the MPCT standards, and likened them to the standards of his previous experiences with military training. He personally congratulated the Learners, which generated yet further applause and made for another significantly pride-inducing moment.

One of our patrons, Col (Retd) Hugh Purcell OBE DL who closed the ceremony, further praised the Learners and spoke about how much courage it takes to speak in public to such a high level. It seemed that all guests and VIPs were incredibly impressed at the high standards of our Learners and a huge congratulations to them and the Staff at all three colleges must be said.

Please head to our Facebook pages via the link below to see the full photo album of the day- you won’t be disappointed!