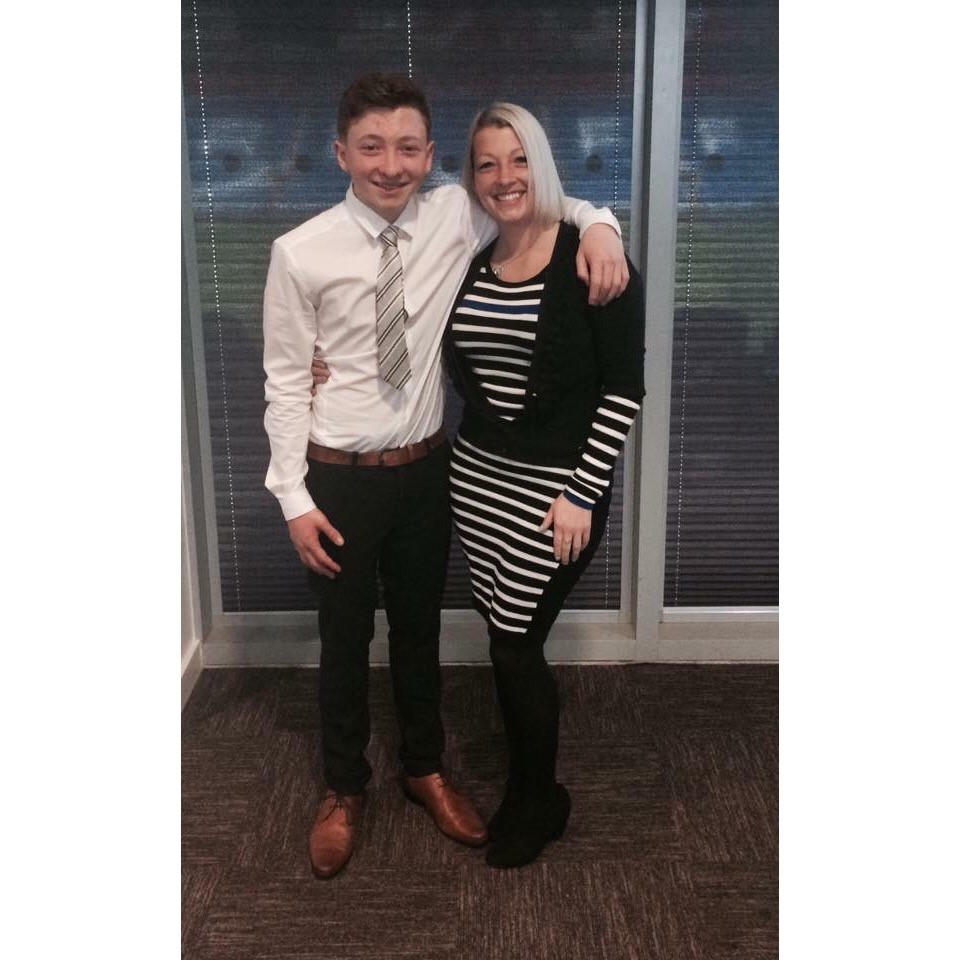 “I feel I would like to give MPCT my honest feedback of how Military Preparation School has helped my son Bradley thrive and achieve qualifications and qualities that he never thought would be within his reach, during the academic year 2016/17. Back in 2015 Bradley heard about MPCT, he decided to research the college himself and what they had to offer young students. All of this research was done off his own back, even phoning and arranging to go to one of the Open Days himself. He then bravely approached his school asking if could attend the college for his Year 10 academic school year. I simply told the teacher that as Brad’s Mum I truly felt that Bradley would benefit so much more by being allowed to pursue something he would be interested in and I felt he would thrive more than within school. Bradley was then given permission to attend MPCT Cardiff every Thursday, during his Year 11 school year. Brad was over the moon, as was I. I would just like to add that since Bradley started school in reception, until this day; all parents evenings consisted of… ‘Bradley is disruptive, he doesn’t pay attention, he doesn’t listen, he looks out of the window constantly, he can do it, but doesn’t try, he is the class clown, he needs to try harder, he needs extra lessons!’  I was having weekly phone calls with regards to his behaviour. Yes, he has struggled in school, some subjects just don’t come easy to him. He suffers from dyscalculia but still tries to deal with everything in such a positive way.

Then there is MPCT… Well what a difference a year has made to Brad. He has absolutely LOVED every day he has spent with you guys at the college. He loves how you believe in him, don’t talk to him as if he is stupid, (his words!) treat him like an equal, speak to him like an adult, show him respect, made new friends and achieved qualifications that he never thought would be within his reach. As a parent I could not ask for more for my son. He is so much happier and actually wants to come to you to learn. Brad hasn’t had an easy life, I’ve had to bring him up by myself, and he has never had anything but respect for me. He has such a zest for life, is a very caring and compassionate young man. He embraces all challenges and grabs life by the horns. He continues to make me proud every single day. I wholeheartedly embrace the holistic approach that MPCT take towards their students, it gives them a sense of self believe. MPCT isn’t all about the stats and results, it’s clear to see that you make it about the individual student and their wellbeing. Brad is living proof that with the right approach, empathy & guidance, the mind, body and soul can achieve anything it wants. Brad’s teachers attended the Military Preparation School’s Awards Ceremony and were so proud of him, he stated that he had had his ‘best ever year in school and that his behaviour and attitude towards school had changed and that he was thriving and achieving results he only ever dreamt of.’

Thanks to MPCT Bradley is now more confident, believes in himself, has gained qualifications, got himself fitter, leaving school with some GCSE’s and overall is taking a more mature approach towards the rest of his life and career. With the inspiration of MPCT, he applied to attend AFC Harrogate in September 2017, joining the Parachute Regiment within the Army. He had his first briefing within the first week and has his icebreaker the following week. Thank-you MPCT to the difference that you have made to Bradley’s life. As a mother, I could not ask for more for my son, you have given him his hopes, dreams and helped him to achieve his goals and I am so grateful for that. You believed in him and through that, he now believes in himself.  I can’t express to you how strongly I feel about how MPCT has helped Bradley. Thanks just aren’t enough. From a very proud and emotional Mum.”