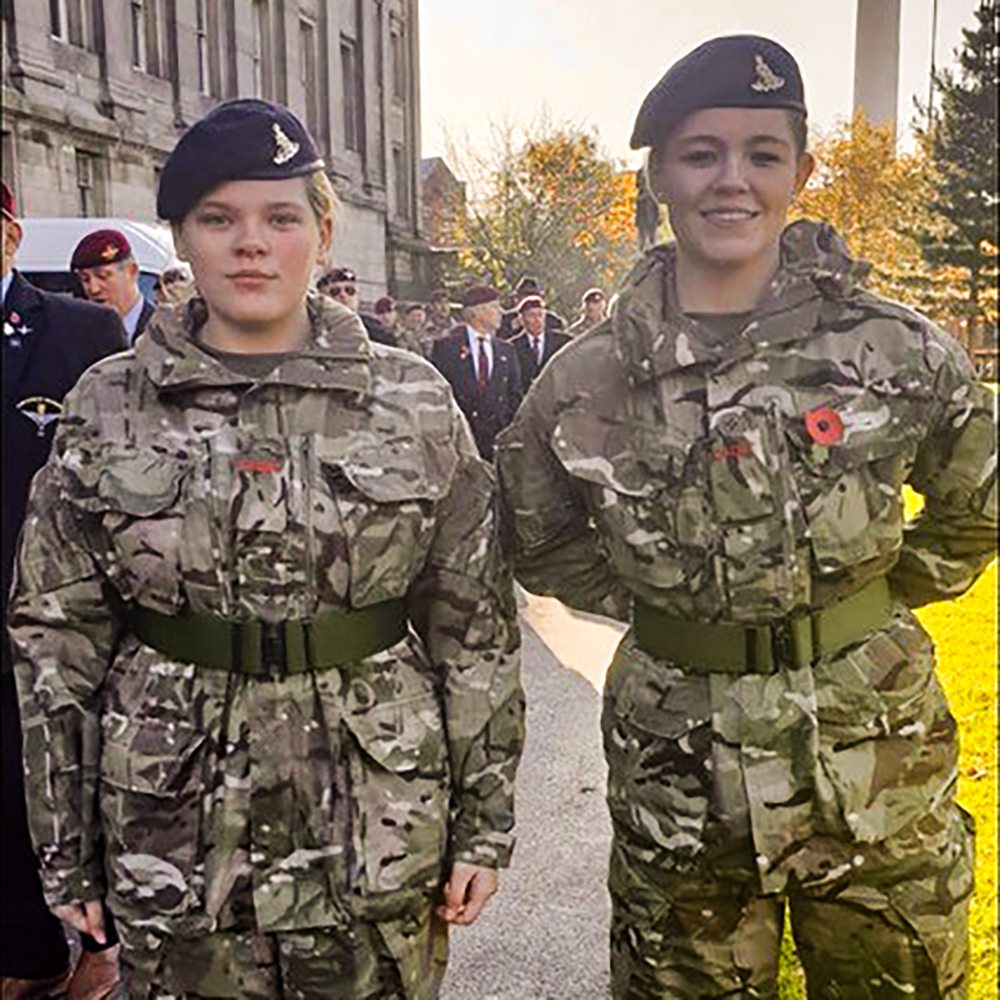 Twin sisters Tilly and Rosie from Liverpool enrolled at MPCT in August, with the hope of pursuing careers in the army. We caught up with them the other day to get an insight into their journey to date.

Growing up, the girls were completely different, with Tilly wanting to go into the army and Rosie set on being a doctor. Up until 6 years old, Tilly suffered from speech difficulties meaning that no one could understand her, other than Rosie. Diagnosed with slight dyspraxia, her education was delayed but this didn’t stop her. She constantly worked to better herself, achieving amazing exam results, even after being told by teachers that she wouldn’t pass any of them. Tilly’s passion for joining the local army cadets at 15 caught Rosie’s attention, who, after watching Harrogate New Recruits, also became gripped with the idea. Even without a great deal of money, their mum Alison was determined to get them enrolled and managed to find financial support for uniforms and other extras. However, tragedy struck the family when she became ill, the girls constantly worrying about her health. They continued in cadets though, getting stuck in and keeping busy. Alison entered remission in August 2019, just as the girls were looking into applying for the army. When COVID-19 put their ambitions on hold, they decided to join MPCT with the hope of gaining some valuable training and extra skills.

The day after their 16th birthday Tilly and Rosie started on their journey at the Liverpool-based college. After speaking with MPCT staff and The Motivation & Learning Trust, they were given laptops to assist with their studies, set up with a bursary scheme and received funds for kit and uniform. Explaining that she was never able to give the girls the things that other kids their age had, Alison expressed her gratitude for the MLT and everything they’ve done for them to date. As for the course, Rosie and Tilly are loving every second, recounting how “fun and interactive the PT is” and how “the staff play motivational army videos before each class to push them to be the best they can be”. They described how valuable it’s already been for them, giving them an insight into what life will be like in the military. After all of the challenges they’ve faced, the girls are ecstatic to see their life-long dreams and aspirations finally beginning to unfold – being excited for what’s to come.

The Motivation & Learning Trust enhances the opportunities of young people who are or have been students of MPCT. They provide physical resources as well as travel and educational support, in turn developing skills, increasing participation within society and enhancing employability.