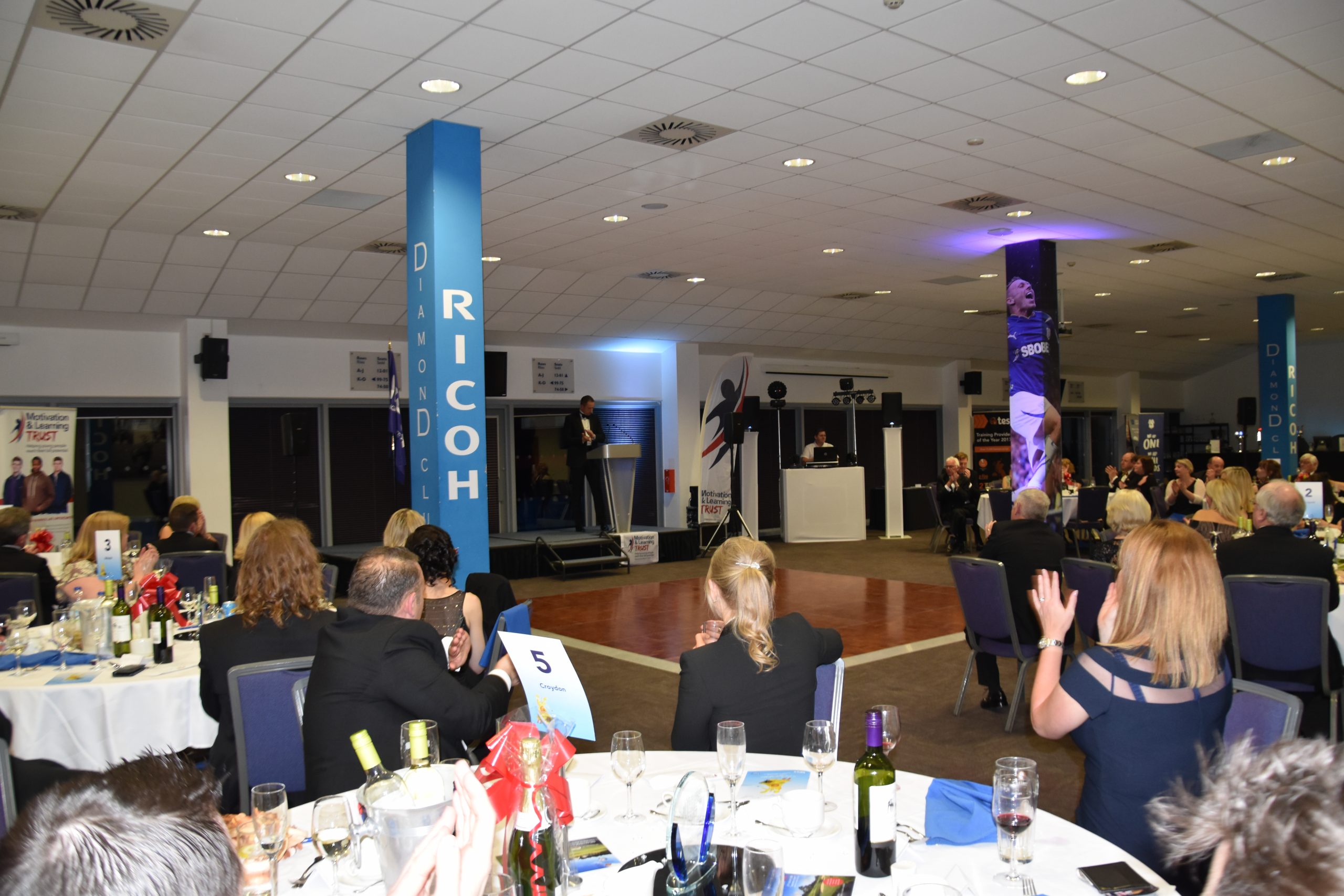 On Saturday 28th April the charity held its first formal function for 2 years in the Ricoh Suite at Cardiff City Football Stadium. Over 80 attendees dined and danced the evening away in grand style. The main focus of the evening was to raise additional funds to allow 80 MPCT learners and staff to undertake a second 4 day battlefield tour to France and Belgium in October of 2018.
MPCT Learners from the Cardiff College gave an outstanding physical training and log demonstration in the area of the dance floor and two learners from the Newport College gave their testimonials to the enthralled diners. After a delicious 3 course meal, each table held a “Champagne Draw”. This meant that a lucky diner at each table won a bottle of bubbly and set the scene for our Charity Auction.
With eleven superb items donated by a variety of individuals and corporate sponsors, we had plenty of interest. From a pair of tickets to an International Rugby match in the Millennium Stadium to 2 weeks at a villa in Spain, the items covered a wide range of sports and activities. The ticket for two to attend a Black Tie dinner in the Tower of London, including an overnight stay in a premier hotel, was an eagerly anticipated item.
Our auctioneer for the evening was Jayne James, a very active MPCT Patron and Television personality. Having read the news on BBC television for some 27 years, she was no stranger to the microphone. Though she told us that this was her first time as auctioneer, the professional in her took over and she expertly coerced and cajoled the diners into bidding for the items.
All of the items were sold and, together with donation envelopes, over £3,000 was raised for the Motivation and Learning Trust. The pair of tickets to Cardiff City’s final match of the season created huge interest. With the local team tottering on automatic promotion to the Premiership, this full hospitality opportunity saw brisk bidding and a second pair of tickets (craftily held in reserve by the auctioneer) raised a total of £600 from the successful bidders. With the auction finished, the diners danced the remainder of the evening away to Top Banana Disco until the carriages arrived at Midnight.
Our charity would like to thank all who attended and additionally all those who donated items for the auction, the catering staff, and Ricoh UK who allowed the use of the venue at no cost. We would also like to thank MPCT for the staff and Learner support. We are now looking to set a date for next year’s eagerly anticipated event!