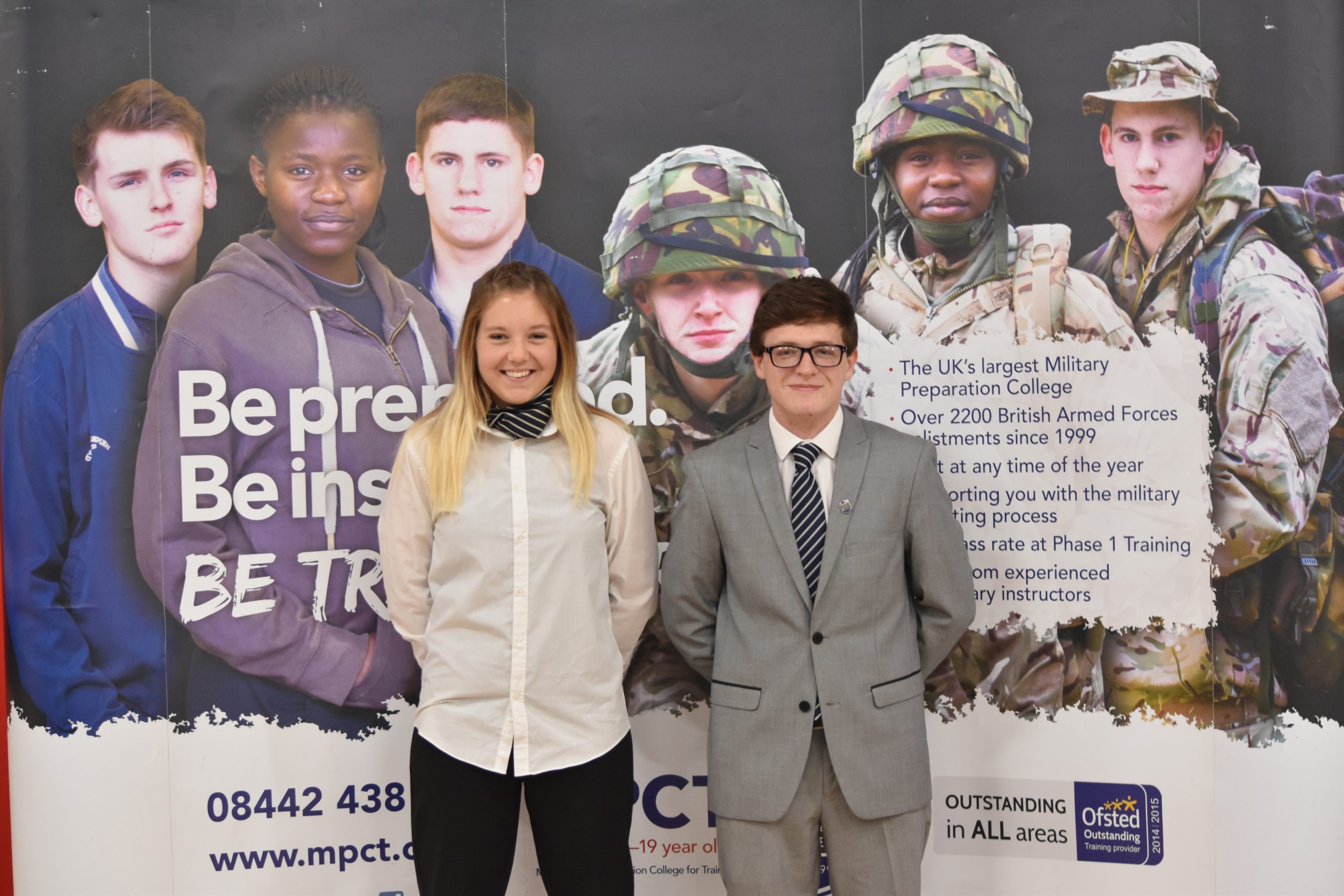 On Wednesday 10th October 2018, Military Preparation College Teesside hosted its Launch Event at MPC Teesside Headquarters. Learners from our already established North East colleges of Newcastle, Bishop Auckland and South Shields heavily supported the event with their Active demonstrations, presentations and Icebreakers for which they should be all be very proud of.

The launch started at 1pm, where the two presenters Miss Riley and Mr Bull spoke confidently to a crowd of over 70 filled with VIPs about their daily lives at MPCT. Active demonstrations by the Learners then took place outside, where Learner Mabon heavily impressed the VIPS present with his outstanding Drill Sergeant skills, for which he was awarded a prize by a Catterick’s top All Arms Drill Instructor who stated that the level of quality he’d seen was of British Army standards.

The Icebreakers were then delivered to an exceedingly high standard, followed by the ever spine-tingling IF poem by Rudyard Kipling. Well done to all those Learners and Staff involved on the preparation and execution of the day, we are sure Military Preparation College Teesside is going to be a highly successful one with many positive progressions much like its other fellow North East MPCT colleges.

Click below to see a full photo album of the day.