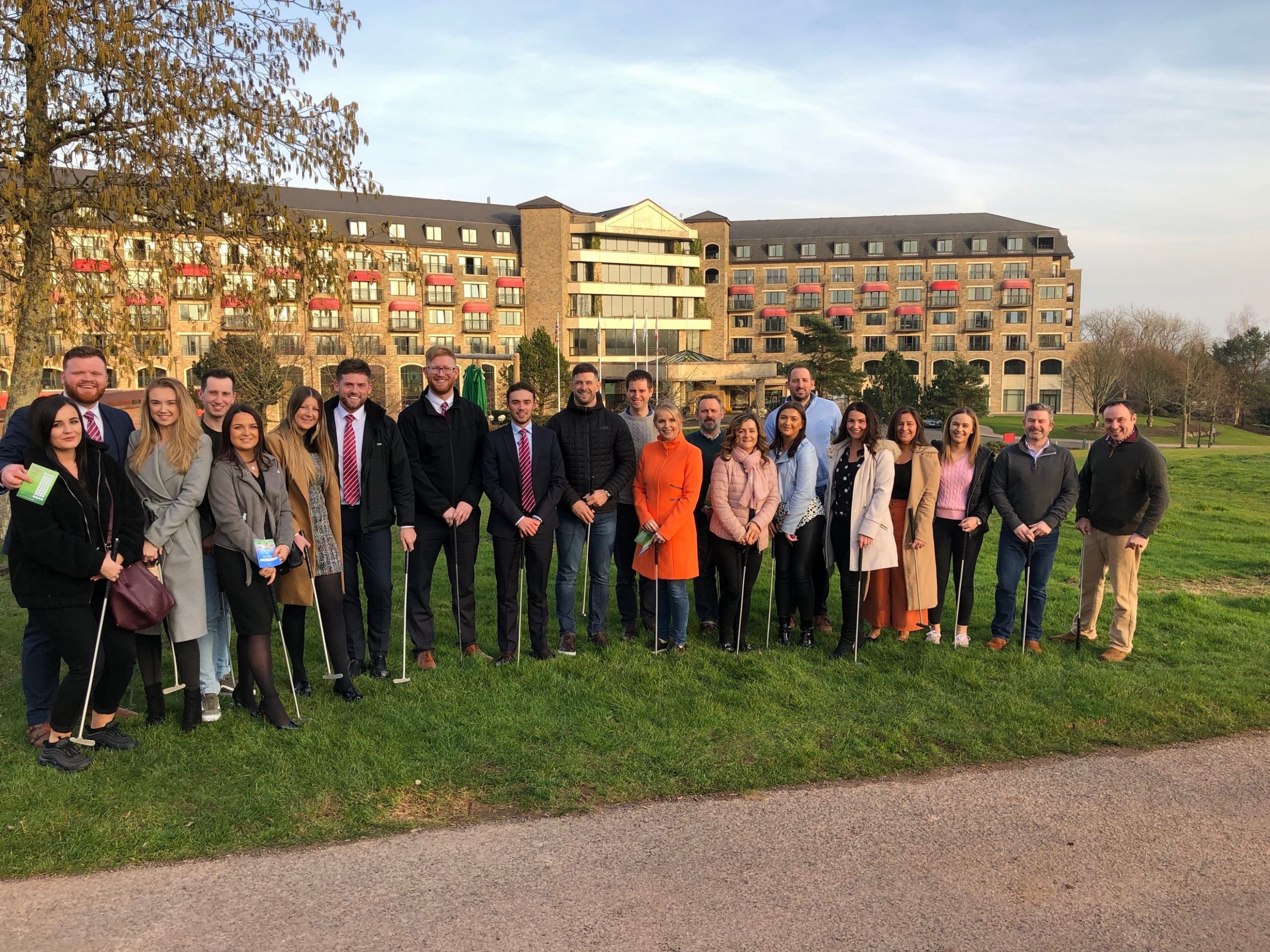 On Friday 21st February 22 members of the MPCT Head Office Team and Cardiff Audi part of the MonMotors group, gathered at the Celtic Manor resort to tackle the adventure golf course to raise funds in support of the Motivation and Learning Trust (MLT), it was also an opportunity to further cement the working relationship and collaboration of the two companies.  MPCT and Audi Cardiff have been collaborating together for the last year, establishing opportunities for the Learners from the MPCT Cardiff and Newport Colleges to commence work placements at Audi Cardiff in Cardiff Gate.  The working relationship has developed over the last year and 6 of our learners have so far had the opportunity to experience what it is like to work in a high-end, branded dealership whilst taking part in a work placement.  As a result of this collaboration, not only have the 6 learners gained vital skills, enhancing their capabilities to become work ready, 2 more of our learners have also recently secured part time work.  This is as a result of the recognition from the Head of Business Chris Knibbs, of the talent and capabilities displayed by all the learners who have taken part in the placements. 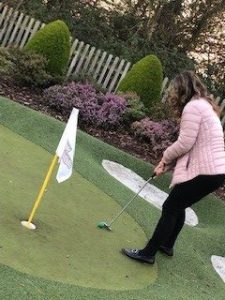 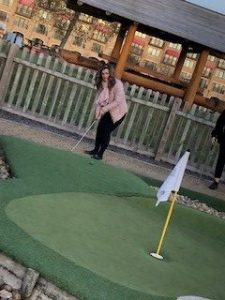 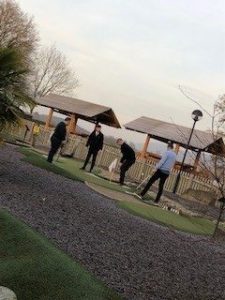 The Adventure Golf challenge was a networking opportunity for the two organisations to get to know each other in a social environment, coupled with the generosity shown by everyone who took part to raise funds in support of the MLT.  The players who took up the challenge were of varying standards, from complete beginners, to ex professional golfers but needless to say the ability to perform well at adventure golf is not necessarily based upon the capability to play golf!  We split into teams of 4 and each team was made up of players from each organisation to ensure there was no skulduggery and the rules of golf were applied where possible.   It was as expected, quite a competitive occasion with lots of cheering and crowd pleasing shots from many of the players with a couple of holes in 1 achieved along the way, I believe there were also a couple of holes in 13.   The Audi team maintained their corporate image throughout the event with most of them playing in their Audi uniform straight from the showroom.  Luckily for the MPCT team we were all in dress down Friday uniform so we were not in our usual formal attire, this I am sure contributed to the relaxed attitude on course where several of the MPCT team fell into the water hazards along the course! With some stand out individual performances and a bit of luck around the course with some outrageous shots all the players eventually completed the course just before last light.  It was then back to Merlin’s bar for some socialising and networking before we announced the results.  Although it wasn’t about the winning, a special mention must go to Rhianydd Moores who completed the course in the least amount of shots whilst her colleague from Audi and a former golf professional, Alex Gardner went round in the most shots, proving my point, that it is more about luck, than the ability to play golf.

Special mentions must go to the Managing Director of MPCT, Huw Lewis and the Head of Business for Cardiff Audi Chris Knibbs whose support allowed the event to go ahead and although the final result was a draw, the winner was the MLT with around £300 being raised by the event.  Look forward to the re-match later in the year when the longer light in the evening will allow us to complete 18 holes!