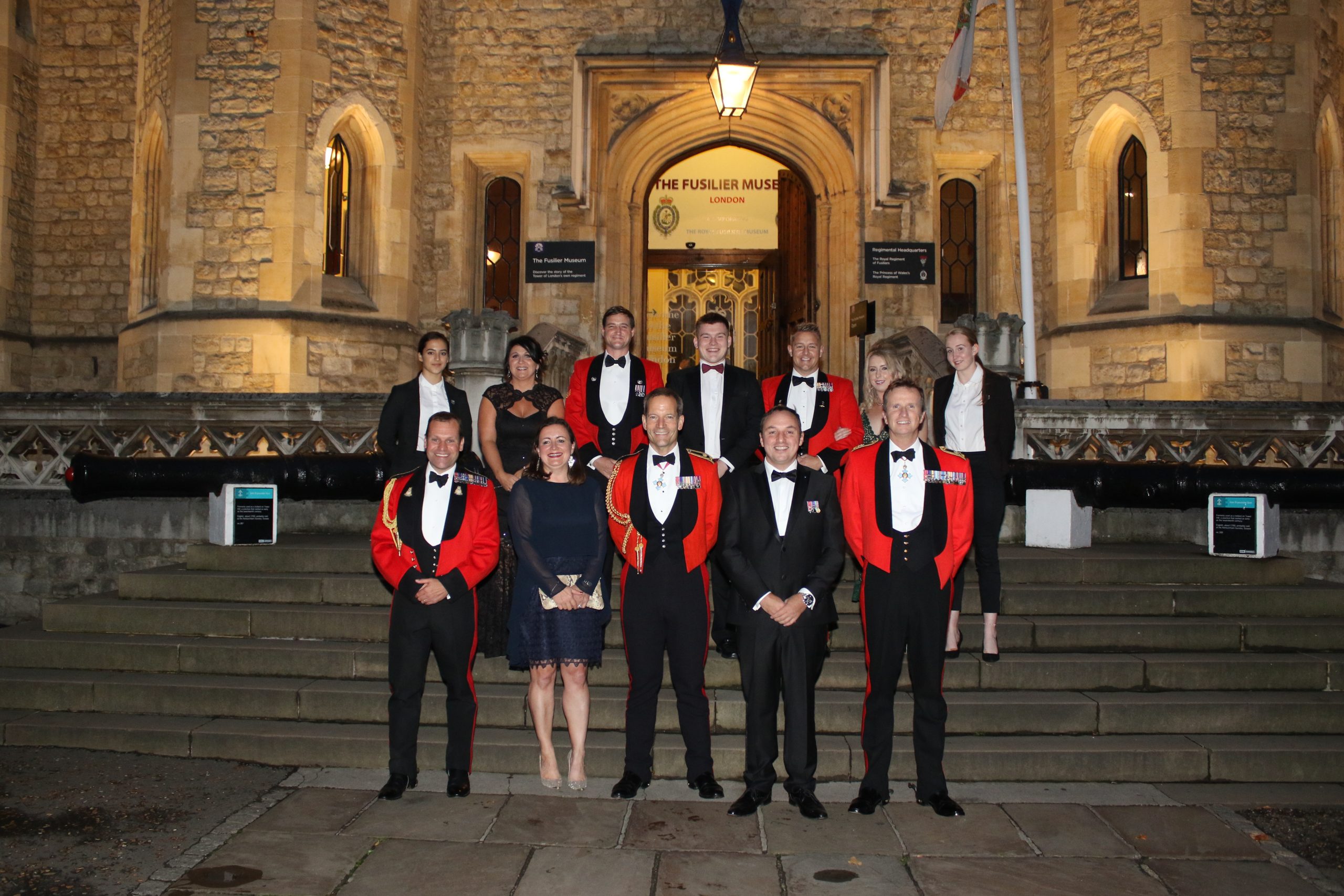 The fourth Annual Patrons Dinner took place in the Tower of London on 26th September 2019 where 60 invited guests attended. Amongst them where Patrons of both Motivational Preparation College for Training (MPCT) and the Motivation and Learning Trust (MLT), the Charitable Trust that supports the Learners of MPCT along with invited key stakeholders from the Military, Business and Education sectors who have supported MPCT and the MLT over the last year.

Huw Lewis MBE, The Managing Director of MPCT, formally welcomed the guests with an opening speech where he reflected on the 20000 young people who had been engaged, motivated and educated by MPCT during the last 20 years after he created the College in 1999. He also reflected on the 3000 young men and women who had joined the Armed Forces over the 20 year period and the thousands of others who had gone on to add value to the communities and businesses they now live and work in. Three former Learners where at the Dinner, SSgt Marc Del-Valle, Sgt Keiron Prosser and Mr Sam Griffiths, all three of them outstanding examples representing our Alumni and each of them having achieved their ambitions in the Royal Marines, Army and Airbus.

“An excellent opportunity to showcase and celebrate the ongoing success of MPCTs strong and innovative partnerships. The continued high success, progression and destination outcomes evidence how the MPCT Curriculum powerfully addresses social disadvantage as well as meeting the needs of local/regional and national priorities”.

Three current Learners from the London Colleges performed an icebreaker in front of the guests publicly telling their own story of how MPCT has supported them and allowed them to achieve their own ambitions to join the Armed Forces following in the footsteps of the 3000 former learners before them.

“Before MPCT, I had no future or focus. I was stuck in a cycle of school 6th form, job and normal stuff, but now I am doing what I want to do with clear direction. My new life with MPCT has shaped my future and I wouldn’t be close to where I am now without them ”

“I failed my assessment for the Army before joining MPCT and I had zero confidence, since joining my confidence has really increased and speaking tonight in the Tower of London was amazing. My confidence is now beaming and my fitness booming. And I am doing things I never believed I could do.”

“An inspiring, humbling and enjoyable evening and a real privilege to be there”

The Principle guest Lt Gen Tyrone Urch CBE who is a Patron of the MLT, closed the Dinner by thanking Huw Lewis MBE for his leadership and direction as the Managing Director ensuring MPCT continues to support as many young people as possible in realising their full potential. He also thanked Lt Col (Retd) Manny Manfred for his continued work as the Chair of Trustees of the MLT which has raised £400,000 in support of the Learners in the last 5 years. Finally he made reference to the positive effect and outcomes as a result of the Memorandum of Understanding (MOU) signed between MPCT and the Army’s Recruiting Group at the Patrons Dinner last year and looks forward to a continuing and positive partnership.

“As a Patron of the MLT charity, I was delighted and honoured to be present at last night’s engagement event. It was wonderful to see such amazing confidence, energy and professionalism from the young Learners; the contribution they are making to our communities and the Armed Forces is exceptional. Well done and thank you.”

The evening closed with all the guests witnessing the Ceremony of the Keys, the formal process of securing the Tower.