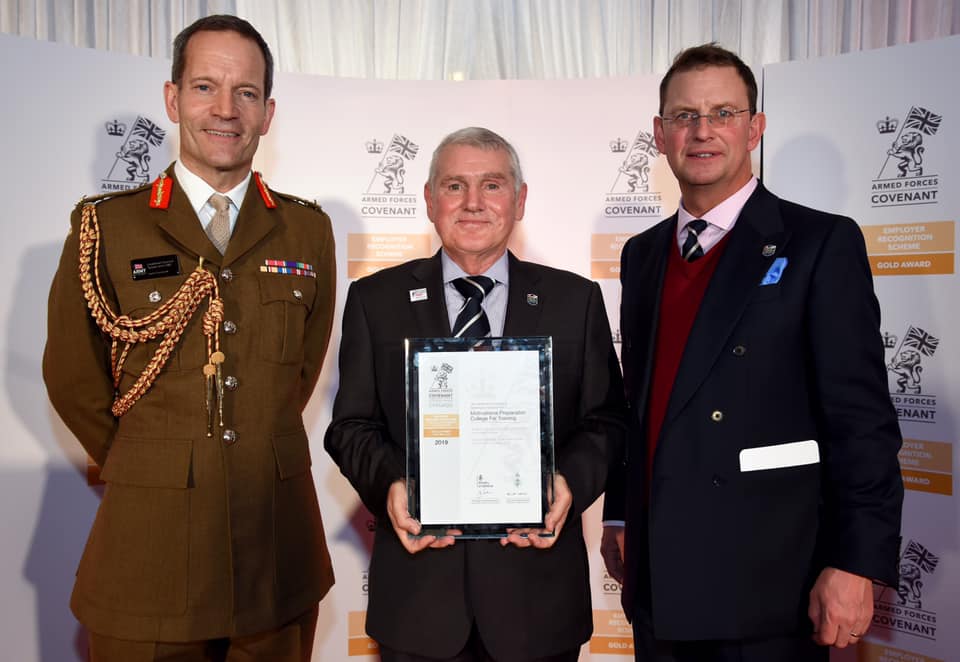 The Ministry of Defence has awarded MPCT a Gold Award for the Employer Recognition Scheme to celebrate our business’ pledge to support the UK’s Armed Forces.

MPCT is one of only 29 SMEs receiving gold awards across the country.

On behalf of Huw Lewis CEO, Manny said of this award

“As a team we are honoured to receive the Armed Forces Covenant, Employee Recognition Scheme Gold Award for our commitment to helping current and former members of the armed forces.

“For us this award recognises not just what the business has done for those who have served, but also what they have done for us.

“Our business demonstrates every day that employing veterans works. We are very grateful for the invaluable contribution they have made.”

The Gold Award is the highest accolade given to employers who demonstrate forces-friendly credentials through a rigorous application process, adjusting human resources policies to allow flexibility for reservists and supporting individuals transitioning out of the armed forces into a new career.