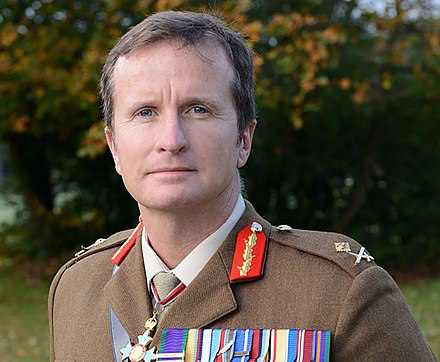 We are delighted to announce that Major General Paul Anthony Edward Nanson CB CBE, has kindly agreed to become our Patron at MPCT.

Many thanks for the opportunity to be a Patron to the Motivational Preparation College for Training.  It is a huge privilege and a responsibility I will not take lightly.  As I hope you know, developing the next generation of leader is a passion of mine and I feel your organisation offers a fantastic head start for any young person who wants to be all they can be!

We are delighted and honoured to have Major General Nanson as a patron and to be announcing his appointment in the year of the 21st anniversary of MPCT. It’s a fitting way for us to celebrate both the military connection and the heritage of our organisation.

I am delighted that Major General Paul Nanson has generously agreed to become our latest MPCT Patron.  Paul commanded the highly respected Royal Academy Sandhurst, which is regarded as the best leadership institution in the world. Paul has worked closely with MPCT for the last two years and fully understands MPCT’s mission and its ability to change the life opportunities of young people for the better.  I am sure that the Learners and the MPCT Team will join me in a heartfelt welcome and we look forward to benefiting from his experience and leadership.

To find out more about Major General Nanson read on here: https://mpct.co.uk/patron/major-general-paul-anthony-edward-nanson-cb-cbe/