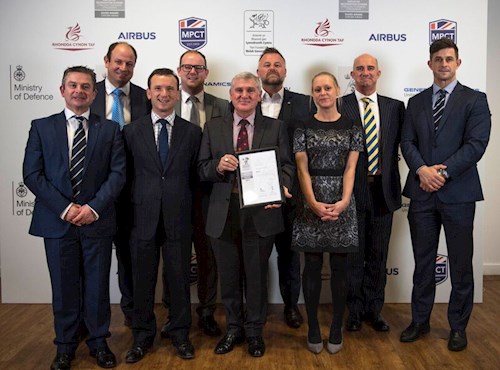 MPCT was last night recognised for its ongoing support and commitment towards defence at the annual Defence Employer Recognition Scheme and Armed Forces in Wales Awards held at Cardiff City Stadium.

The Defence Employer Recognition Scheme (ERS) rewards and recognises UK employers for their support and commitment towards defence. The scheme includes bronze, silver and gold awards for organisations that pledge, demonstrate or advocate support to defence and the Armed Forces community and align their values with the Armed Forces Covenant.

MPCT has always been aligned with military values and has been committed to employing and supporting ex-military personnel. Every operational member of staff at MPCT is ex-military. Many of the staff are also Reservists.

MPCT has been presented with a Silver award every year since 2014. This year, not only did MPCT receive an award, but the college also sponsored the Youth and Cadets Award, with Mrs Barbara Hemmings winning that category for her work in youth activities focussing on Science Technology Engineering and Maths (STEM) subjects. 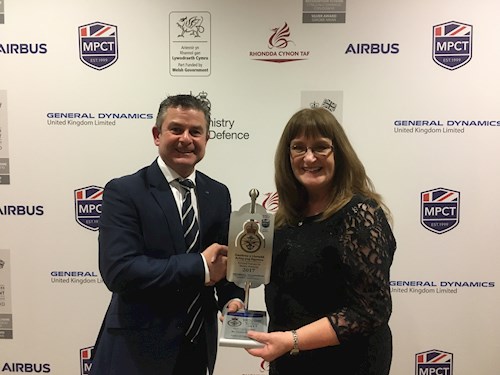 Lieutenant Colonel Manny Manfred attended the awards with the MPCT group. As a member of the Reserve Forces & Cadets Association (RFCA) For Wales and being the Chairman of Trustees for the young person’s charity The Motivation & Learning Trust, he highlights the significance of these awards: