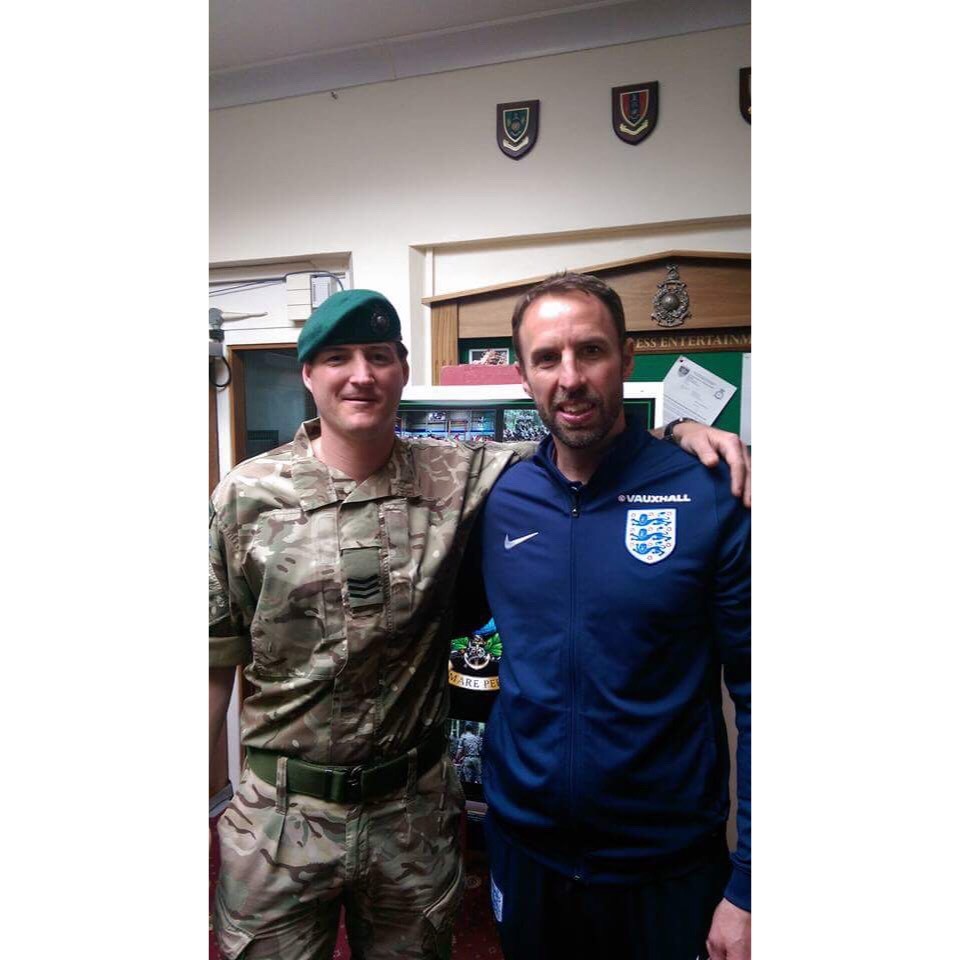 The Royal Marines were given the job of instilling the England Football Squad with the Commando spirit of ‘courage, determination and unselfishness’.

One of these Royal Marines who were ‘handpicked’ for the England training, happened to be an ex MPCT Military Preparation College learner; Kieron Prosser. During his time at MPCT in 2003 Kieron was an outstanding learner and achieved his ambition by joining the 856 Recruit Troop Royal Marines on the 16 June 2003, 17 days after his 17th Birthday and out of the 54 that joined, he was 1 of only 10 originals to pass out with the troop on 13th February 2004. He also received our Alumni reward due to him being a consummate example of an Alumni of the Military Preparation College; his career  has seen Sgt Prosser serving in all three Commando units, 40 Cdo (Taunton) 42 Cdo (Plymouth) 45 Cdo (Arbroath, Scotland) and has also spent 5 years with Special Forces Support Group (SFSG RAF St Athan). He completed his parachute course at Brize Norton during his tour at St Athan and was also deployed on numerous Exercises all over the world in diverse roles and terrain, along with numerous exchanges with the US Marines in a support and advisory role. He also deployed on 3 Operational tours of Afghanistan and other classified Operations with SFSG.

It looks like the England Squad have already learnt a thing or two from The Royal Marines with their performance so far, and have apparently struck up friendships with the young Lions! Sgt Prosser reported that they continually remind the players what they learnt that weekend via supportive phone messages, saying that “they are united under the Three Lions- same as the green beret for the Royal Marines”.

Gareth Southgate, England Manager commented saying how valuable the experience was and how the players and the Royal Marines have the same understandings in representing their country, albeit in different contexts.

It looks like England Football Team have a lot to thank our wonderful ex-learner for! Congratulations Sargent Prosser, you’re inspiring others in not just your own field, but a football one too!