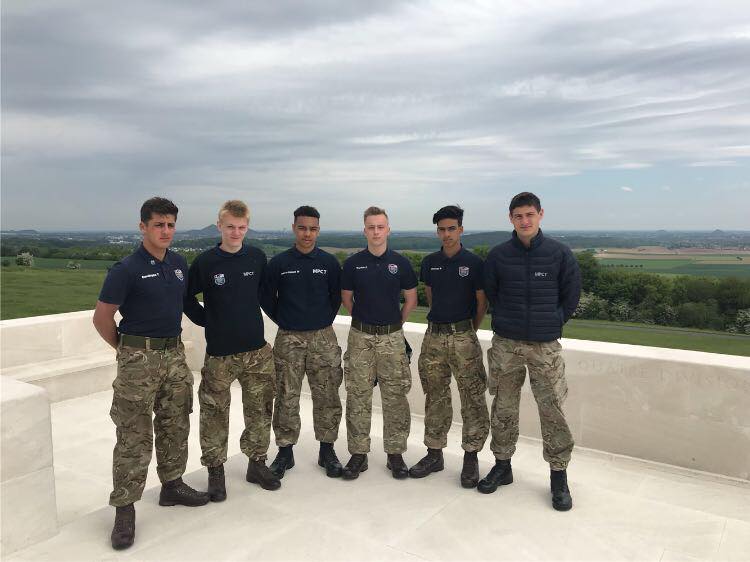 Six learners from Military Preparation College Croydon took part in the  battle field tour in France. Here they are on Vimy Ridge.

The Battle of Vimy Ridge was part of the Battle of Arras, in the Nord-Pas-de-Calais region of France, during the First World War. The main combatants were the four divisions of the Canadian Corps in the First Army, against three divisions of the German 6th Army. The battle took place from 9th to 12th April 1917.